5 Very Unique Festivals in the Philippines

Home to over 180 local languages and dialects, the Philippines is one of the most culturally diverse countries in the world. It should therefore come as no surprise that it’s also home to several unique festivals open to both locals and foreigners. Here are five of the Philippines’ unique modern and traditional festivals showcasing the country’s vast heritage.

Back in 1990 a terrible earthquake shook all of Luzon, the largest island in the Philippines, devastating the mountain city of Baguio located in Luzon’s Cordillera region. As a way to recover from the devastation, the locals created the Panagbenga Flower Festival in which the various indigenous communities of the Cordillera region showcased their traditional dances – both for economic reasons and as a way to educate the local youth about their heritage. Today, Panagbenga – which means “season of blooming” in the local Kankanaey language – is celebrated yearly through all of February. It includes street dancing, flower-covered floats and costumes, and a showcase of the local crafts from various parts of Baguio City. 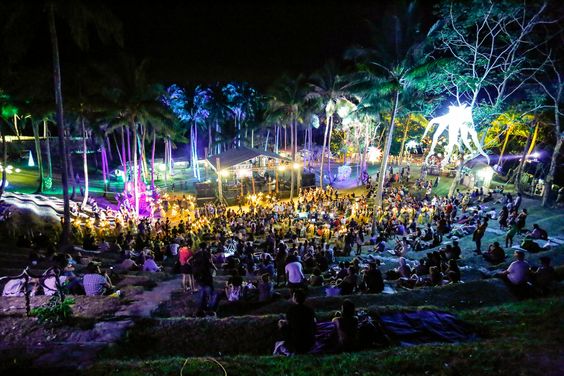 The relatively new Malasimbo Festival is named after Mount Malasimbo on which the festival occurs every April since it began in 2011. Throughout several festive days and nights, locals and foreigners congregate on the island of Mindoro to celebrate the country’s bustling art and music scene – as we at Flip Travels have written about before. Local artists grace the venue with large installations reminiscent of the Burning Man while a Woodstock vibe is provided by many local and foreign musicians who entertain the crowd with a mix of dub, reggae, trip-hop, jazz, rock, world music, and whatever other genres are being explored by the Philippines’ diverse music scene.

This festival is named after the T’nalak – an abaca cloth woven by the women of the indigenous T’boli tribe residing in Mindanao island’s South Cotabato province. Celebrated in July, T’nalak Festival happens in the provincial capital of Koronadal City and highlights the founding anniversary of the province as well as the region’s rich weaving traditions. Things Asian suggests the historical and spiritual celebration, showcases the colorful attires of the T’boli, B’laan, and other indigenous groups native to Mindanao. Apart from the street dancing competition, other festival highlights include the Agri-Trade fair, the Dreamweaver Garden and Food Bazaar, and the T’nalak Parade or MadalBelwhich signals the end of the festival. 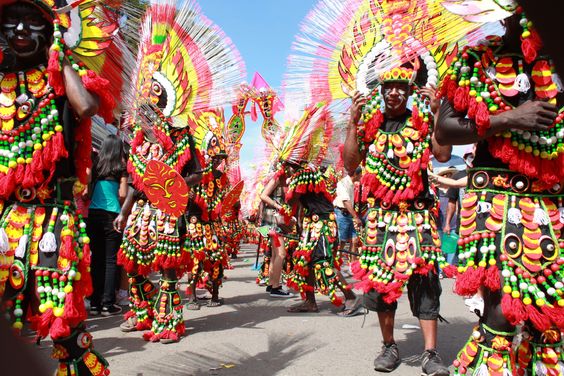 Held in honor of the infant Jesus which is locally known as the Santo Niño, the Ati-Atihan festival happens every January in the town of Kalibo, Aklan. Ati-atihan literally means “to be like Atis” – referring to the Aeta people who first settled in the province. Dubbed as “The Mother of All Philippine Festivals,” Ati-Atihan is celebrated with tribal dances and music in the streets, showcasing the local indigenous people’s traditional costumes, weapons, and culture. It’s a truly unique festival in which local pre-colonial traditions are mixed with the country’s foreign Roman Catholic influences. It is perhaps fitting that one of the hostels nearest to the local airport is named after the festival – Ati-Atihan Festival Hostel, which Booking.com claims has modern accommodation options for tourists (including American breakfasts every morning).

Inspired by Ati-Atihan Festival, Sinulog is another annual religious festival dedicated to the Santo Niño. However, what makes this festival truly unique is its unrivaled street parties that occur on the night before as well as the night of the main festival itself. It’s also easily accessible to foreigners as it happens in Cebu City. Philippine Airlines’ flight guide for Manila to Cebu details how the journey only takes 1 hour and 25 minutes. So after flying into the capital, it is just a short domestic flight to the home of the famous Sinulog Festival.

The word Sinulog is rooted in the Cebuano adverb “sulog,” which describes the natural current of the sea – a fitting term for the forward-backward movement of the traditional Sinulog dance. Historically, this dance signifies the region’s celebratory acceptance of Catholicism – an ideal that’s still held today by the country’s millions of Santo Niño devotees.