The stretch of EDSA was once again filled with a familiar plea, the burning rage smolders the sea of citizens converging under the flyover of EDSA corner Ortigas Avenue, melting their thousand appeals to one single voice.

January 20, 2001. The ousted president fled the palace and the crowd cheered for a new hope!

The apparent heir to the throne the pre-corrupted Gloria Macapagal-Arroyo rushed to her hotel, to change clothes, tidy up her hair and prepare for yet the biggest moment of her political life—to take the oath as the new president of the republic.

That image of the 4’11” Gloria running up the lobby of the then a year-old hotel in the heart of Ortigas Center grazed the front pages of the major broadsheets the next day. Linden Suites stood moored amidst the political revolution of the century.

My airport cab pulled-over at the driveway, the doorman opened the taxi door, I stepped out with my weekend duffle bag. It was the same hotel lobby immortalized on the front page of the news papers 12 years ago “Oh, yeah! And this is where I am celebrating my birthday weekend!” Can the Hotel handle these kind of parties?

It was the same suite where the deliberation for a government transition took place and if the hotel management handled the whole EDSA Dos hullabaloo, I bet they could handle any staycations and weekend parties for sure.

Filipino brekkies served at the buffet. I went head on to the Champorado, pandesal and tuyo.

Ortigas is in the heart of Metro Manila. Literally in the middle of the city center. Checked-in visitors can easily go to the international airport, provincial bus terminals, Shopping centers in Makati and San Juan (Greenhills) and not to mention the malls and commercial spots few blocks away from the hotel (Megamall, Robinsons and Metrowalk.)

My three bedroom suite costs around P12,000 (USD 250) per night gives access to the health club, swimming pool and a free buffet breakfast. But who cares about those if the most important commodity is for free… WIFI! (Smaller rooms are also available.)

Perfect for tourists who are spending few days in the capital, slumber and bachelor parties, birthday gigs, baby shower, relaxing urban escape, twerkathon weekend and the list goes on. 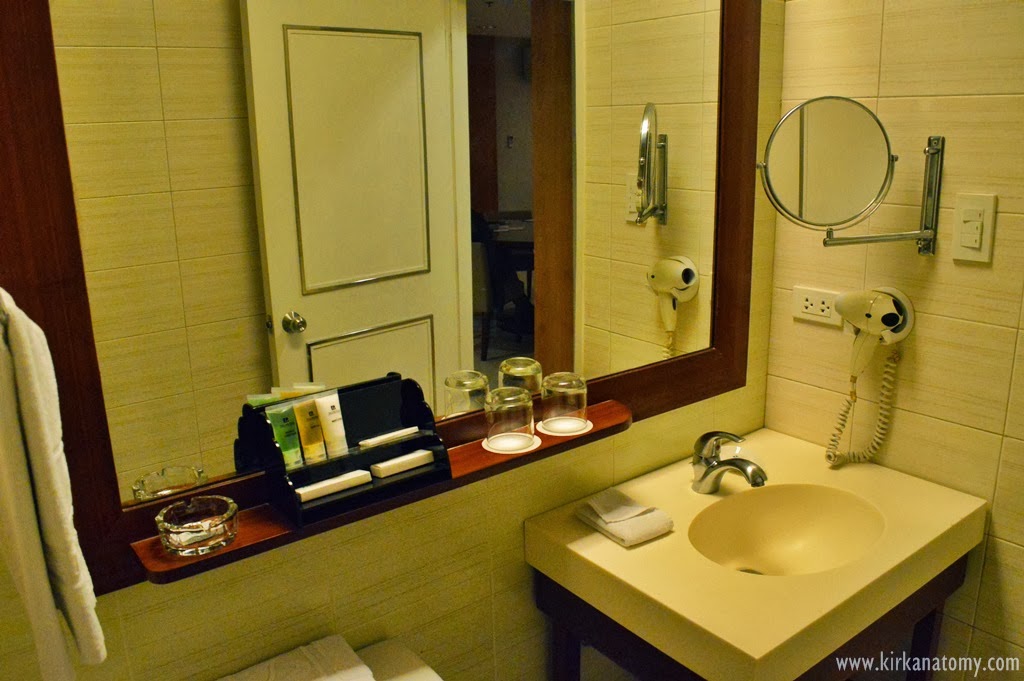 Though the interiors are of classic minimal design, it’s apparent that it appealed strongly on corporate clients and expats in the last decade. With the increasing popularity of staycations and weekend themed parties among generation X and Y’s, the room design may be a bit dated. Good news is, they are currently refurbishing the rooms and that will complete the perfect recipe a modern weekender venues.

The biggest cool factor is perhaps that these rooms played a part in 20th century history. If the french revolution got Château de Malmaison and the first Philippine Republic got the Aguinaldo house in Kawit—EDSA Dos got the Linden Suites.

Isn’t it awesome to say that in the same suites where the second People Power Revolution was plotted, I twerked my birthday away?

TIP: Steal their body lotion, it was like the body balm from L’Occitane!